Thousands Flock To Newport For 'Day Of Christmas' Event

Thousands of people descended on Newport on Saturday (20) to witness a ‘Day of Christmas’.

Newport and Carisbrooke Community Council (NCCC) says it's "the biggest Christmas event the town has ever seen", with shops reporting record takings.

With a bumper market in St Thomas’s Square offering a wide range of handmade gifts and even locally produced fruit and vegetables, shoppers were entertained by Vectis Brass and a living Father Christmas statue.

“We have been running markets in Newport over the summer and they have been gradually growing, but this was by far the largest one yet! We really loved hearing from people that they want a regular market in Newport and how supportive they are of local traders and makers.

"We have a few markets planned up until the 18th of December and then we will be returning in February 2022.”

Father Christmas asked an elf to make a quick dash to the North Pole to collect more presents as over 400 children visited him in his grotto inside Newport Minster. 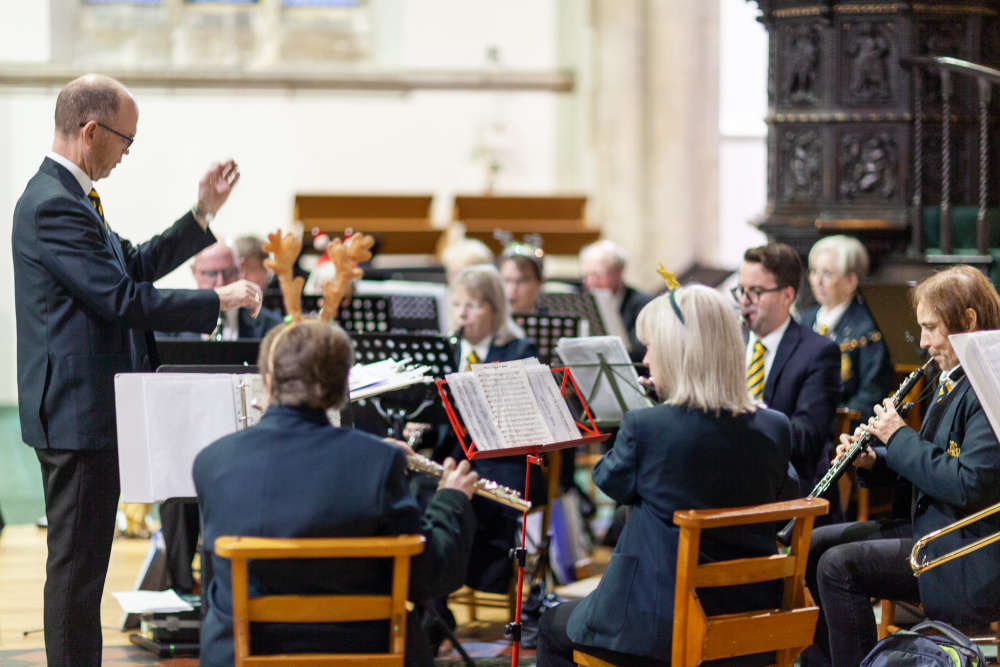 There was also a variety of performances inside the Minster as people waited to see him, including from Sandown & Shanklin Military Band, Harmonix and the Combined Schools Choir (Newport C of E and Carisbrooke Primary Schools).

The Newport & Carisbrooke Women’s Institute yarn bombed the town in the morning and shoppers had fun seeing how many they could spot.

In St James’ Square, police, ambulance and fire officers joined in the festivities and children enjoyed exploring the emergency vehicles whilst crews spoke to people about community safety.

The stage in the Square was full all day with a variety of singers, musicians and acts including the Grinch who interrupted Huxley as he performed his magic show.

Donkeys ‘Harvey’ and ‘Sooty’ from The Isle of Wight Donkey Sanctuary were in attendance with one of the most touching moments of the day being the fantastic choir from Barton Primary School singing Little Donkey alongside them.

On the Quay, NCCC provided a free ice rink with music from Hush Silent Disco and over 500 people were able to skate throughout the day including a group from Sight for Wight. 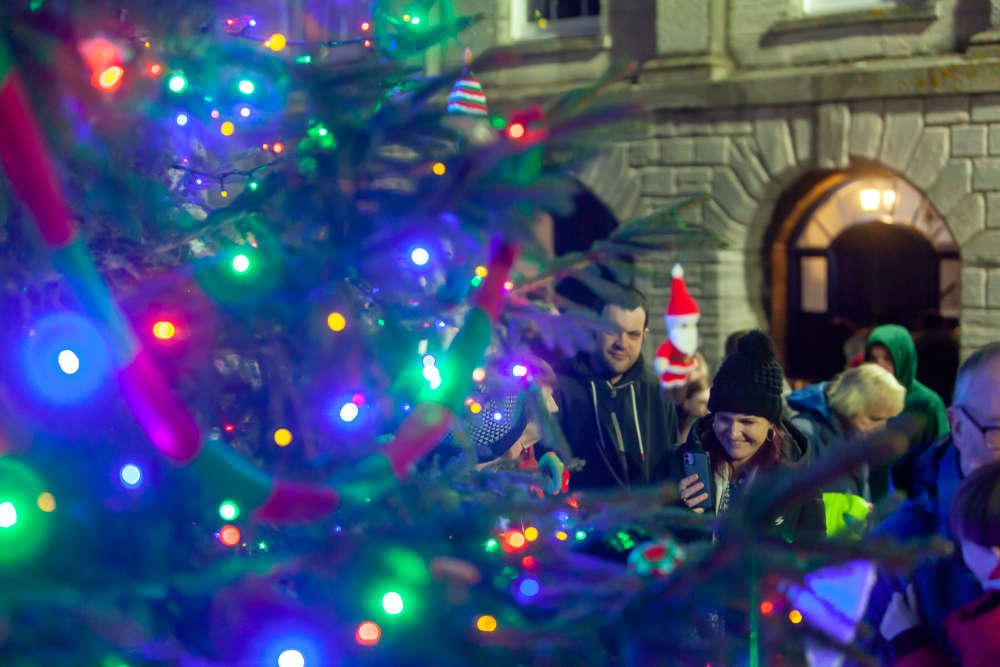 Food stalls and the Travelling Tavern bus kept shoppers fed and watered as they watched the skating and enjoyed the Quay.

Before the switch on at 6pm, the three winners of the recent NCCC ‘Light up a Lamppost’ competition, Zoe, Angel-Hope and Liam turned on prototypes of their winning entries which had been made by NDL Electrical ready to go up alongside Church Litten.

At 6pm, Pippa the Polar Bear and Allo Allo’s Sue Hodge turned on the Christmas lights in town which are particularly spectacular this year with LED lights and twinkling lights. 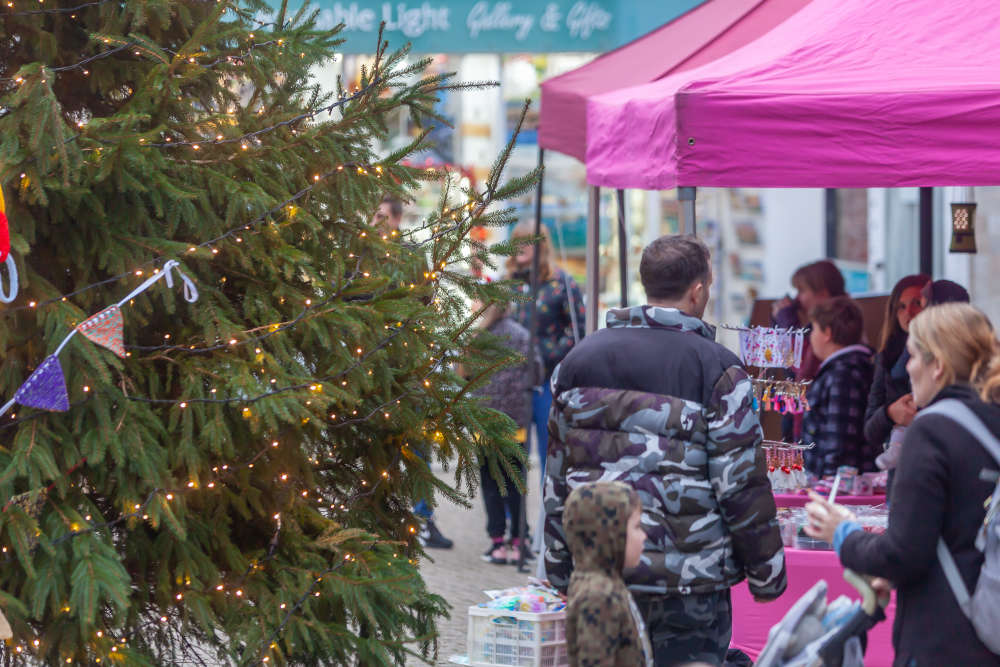 With the push of the plunger, the spectacular new twinkling lights were lit and Medina Marching Band began playing as snow filled St James’s Square.

Newport Carnival had arranged for a small illuminated vehicle parade led by Vectis Corps of Drums.

NDL Electrical’s spectacular Christmas decorations throughout the town, have been positively received with some saying they are the best ever! The newly installed festoons throughout town were lit all day to add to the festive atmosphere.

"Saturday was astonishing. In my 30 years in this town I have never seen it so busy. So many happy faces, happy children, happy families. Shops are reporting record sales. This proved that not everything councils do is bad news. That Newport is not what the naysayers claim. The staff of NCCC worked so hard to deliver the Day of Christmas and my grateful thanks to them all."