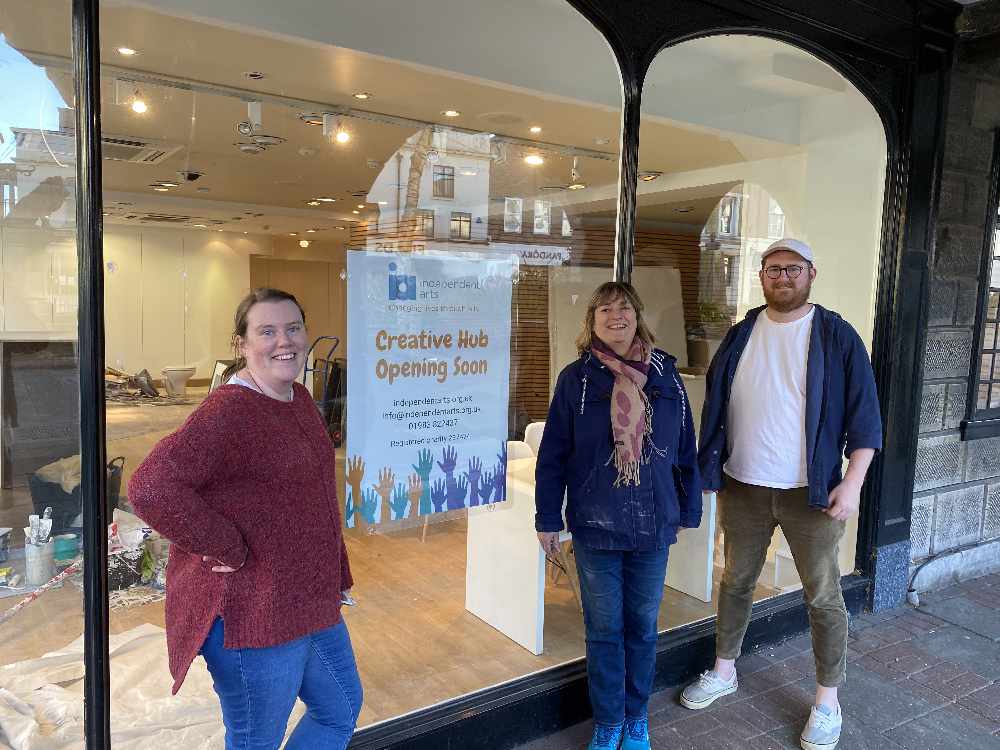 An Isle of Wight charity announced a major new project that will allow people from across the Island to get involved with creative programmes.

The new Independent Arts Creative Hub will be located at the former Monsoon building in Newport.

The building, situated at the corner of the High Street and St James’ Square is being refurbished this month and will be open to the public as soon as regulations allow.

The Creative Hub will feature exhibitions from Independent Arts community programmes across the Island, as well as opportunities to engage with arts for well being activities.

Independent Arts are delighted to be launching this major new project, which it hopes, can contribute to the regeneration of the High Street.

“This is a major step forward for Independent Arts, in our strategy to improve health and well-being on the Isle of Wight through the arts. For too long, most of our activities have been hidden from public view, taking place in village halls and care homes. We look forward to welcoming you to the Creative Hub, where you will meet familiar and new faces of the Independent Arts team.”

Independent Arts is the Isle of Wight charity focussed on using the arts to improve wellbeing, quality of life and to reduce social isolation.

Supported by volunteers, fantastic practitioners and a small staff team in Newport, the charity engages with up to 1,700 people every month across the Island.

Like many organisations, the charity has been affected by the pandemic and subsequent lockdowns, and, in response, the charity’s much-loved community services, including SingAbout and DanceMakers, have moved online during the pandemic reaching thousands of people who might otherwise have been isolated.

The response to these plans from Independent Arts stakeholders, supporters and the public has been phenomenal.

The charity is grateful for the support in this endeavour of The Tudor Trust, The Julia & Hans Rausing Trust and Arts Council England, as well as the Island Community who have raised £600 through a crowdfunding appeal.

Donations can be made up 26th November to through this link or afterwards via the Independent Arts website at www.independentarts.org.