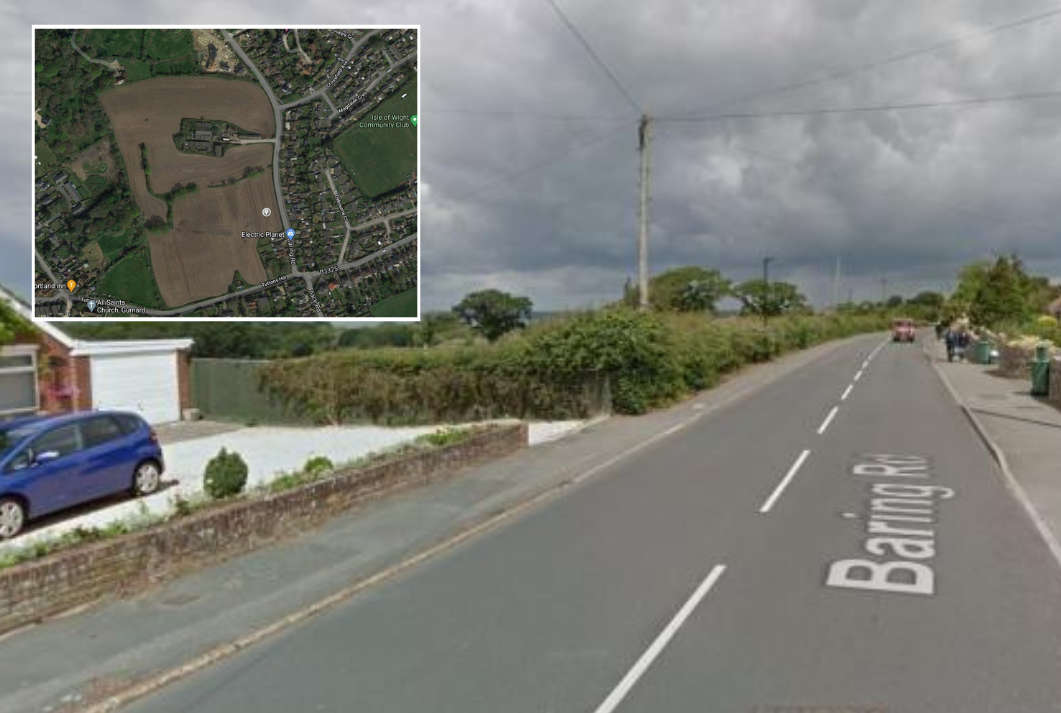 Six new homes can now be built on the edge of Gurnard and Cowes after the Isle of Wight Council’s decision was overturned by the government.

In March last year, the council’s planning committee went against officers’ recommendations and ruled to refuse planning permission for the mixed property development on Baring Road.

Officers said the properties would meet the Island’s housing needs and be a suitable size, scale and design while not degrading the wider landscape character.

The committee feared, however, the six houses and bungalows would bridge the gap between Cowes and Gurnard and agreed it failed to complement the character of the Jordan Valley.

Now though, after the decision was appealed to the government’s Planning Inspectorate by the developer behind the scheme, Roy Churchill of Meadow View Developments, permission has been granted.

Weighing up the arguments, the inspector on behalf of the Secretary of State said they were satisfied the development would not cause undue harm to the character and appearance of the area.

They said given that much of Baring Road was already predominantly developed, the proposed homes, which would sit opposite existing houses, would ‘not make any meaningful difference’ to any actual or perceived coalescence between Gurnard and Cowes.

“Whilst the new houses would occupy greenfield land which contributes to the open backdrop over the Jordan Valley,” the inspector said, “the modest scale and sympathetic siting of the proposed new dwellings would limit their impact on the open landscape.”

The inspector highlighted the Island’s failure to meet housing targets and out-of-date housing policies which puts the council in a tilted balance, which means unless there is something significantly wrong with the plans, new housing should be approved.

Overall, the inspector said there were no adverse impacts or harm found which would outweigh the significant benefit of six new properties on the Island, so the presumption in favour of development applied.

They were satisfied the six new houses would not add undue pressure to the highways network or other local services.

The inspector added a condition to the planning permission requiring the approval of external materials used on the properties by the council to ensure the new houses properly integrate with the street scene.