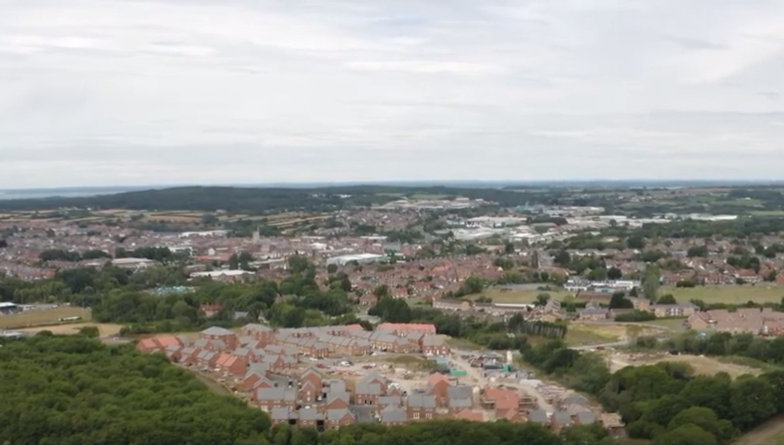 A leading housebuilder has continued its pledge to support NHS and armed forces workers on the Isle of Wight by extending its deposit contribution schemes.

Barratt Homes and David Wilson Homes, which has the St George's Gate development in Shide began the schemes this year offering a 5% deposit, up to the value of £15,000, towards a brand new home.

The NHS Deposit Contribution Scheme was set up on May 23 as a way of thanking the country’s 1.5m NHS workers and to show their support for those people keeping the nation safe during the ongoing COVID-19 pandemic.

During the same month, to mark 100 years since VE Day, Barratt and David Wilson Homes also set up the Armed Forces Incentive to match the NHS Scheme, which has seen Hampshire’s heroes save £77,081 on their dream home purchases.

The NHS scheme has seen 83 NHS workers from across the Island, Hampshire and Dorset benefit from the scheme already. In total, 63 were first time buyers and overall, those NHS workers purchasing a new Barratt or David Wilson home in the region have saved a combined total of £1,028,914.35.

Both schemes were due to come to an end in December however, the five-star housebuilder has just announced that it will be extended for an extra six months – so eligible buyers now must complete their purchase before 18th June 2021.

“Our brilliant NHS and armed forces are invaluable to this country and we wanted to do something to show our appreciation. Both schemes have already helped many of those most deserving and we want to make sure it can help many more.”

The NHS and Armed Forces incentives can also be used in conjunction with the government Help to Buy scheme, offering further support to those looking to purchase their first home. What’s more, thanks to the Chancellor’s announcement to scrap Stamp Duty on properties up to the value of £500,000 on sales that have legally completed before 31st March 2021, buyers can benefit even further.