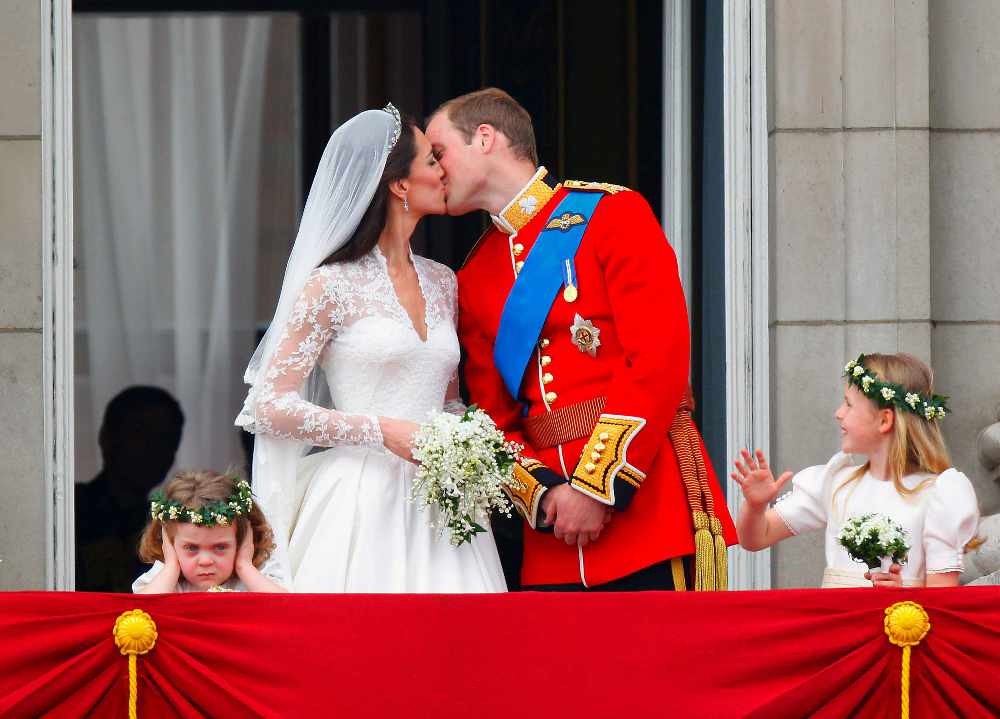 We look back at the couple’s fashion highlights

It’s been a decade since Kate Middleton wowed the world in an Alexander McQueen by Sarah Burton lace appliqué wedding gown, to tie the knot with Prince William at Westminster Abbey.

The fairy-tale royal wedding marked the moment the Duchess of Cambridge became a royal style icon – with her handsome prince by her side.

As the couple mark their 10th wedding anniversary, we’ve rounded up some key looks that turned heads – and deserve a double take…

The picture of health and happiness, the couple wore traditional island clothing during a visit to the home of Governor General Frank Kabui in Honiara, Solomon Islands – and by their relaxed smiles, you’d think they were on their second honeymoon.

The proud parents arrive at Chapel Royal in St James’s Palace, ahead of the christening of the three month-old Prince George. But who can forget Kate’s cream ruffled skirt suit by her wedding dress designer, Alexander McQueen, and striking floral pillbox hat?

The look of love… it was their first official tour with eight-month old Prince George, and a more formal look was needed as the couple paid their respects at the ANZAC March and Commemorative Service. But Kate’s jaunty hat and smile showed their happiness together.

Standing in front of the Taj Mahal was always going to be the photo opportunity of the Indian tour, as it’s the site where the late Diana Princess of Wales posed for one of her most famous photographs.  Kate was right on point in her blue embroidered shift dress by Indian-American designer Naeem Khan, with William in a complementary blue linen jacket.

William always looks dashing in military uniform and it’s great to see the future king enjoying a pint of Guinness just as much as the next person. Meanwhile radiant mother-to-be Kate re-wore her fur-trimmed Catherine Walker coat, accessorized with a shamrock.

Inspired by old Hollywood glamour but a very modern moment – we can sum up Kate’s show-stopping one-shouldered white gown by Alexander McQueen in two words…simply stunning.

Who would have thought arriving by tuk tuk could be such a terrific way to make a starry entrance? Paying tribute to his host country’s traditional dress, Will wore a sherwani buttoned coat by Karachi-based designer Naushemian, whilst Kate glimmered in dark green Jenny Packham, with matching dupatta in the national colour.

Kate’s handbags are always a highlight and we’ve seen her hold a variety of styles over the years. Here, one of her favourite designer labels for red carpet events, Aspinal of London, makes the A-list for the couple’s visit to City Hall.