Guillain-Barré Syndrome Awareness Month: What Is It And How Can It Affect You? 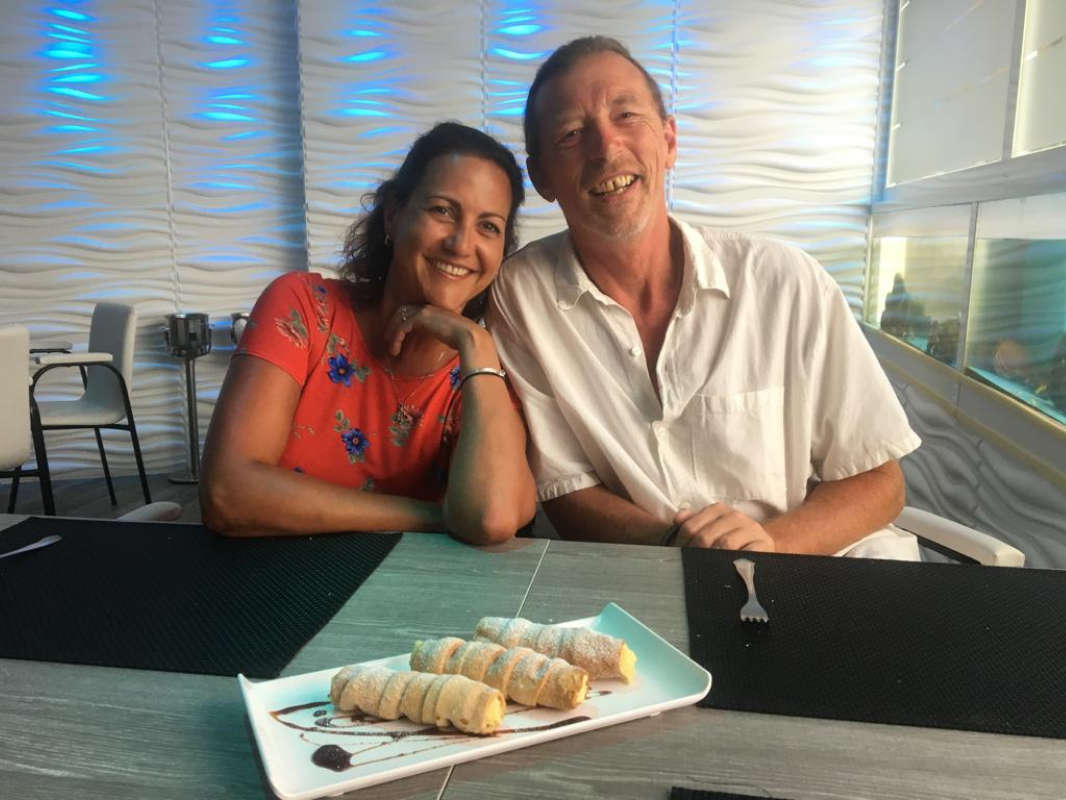 Guillain-Barré syndrome can strike without warning, rendering its victim incapacitated, and can be brought on by an infection as simple as flu.

Londoner, 46-year-old Neva Glover who now lives in Ryde on the Isle of Wight, was struck by the disease at the end of last year.

She had no major underlying health conditions before the symptoms took hold, but had recently had a nasty chest infection:

"I was taken into hospital on Thursday, December 30th. I think the symptoms started on the previous Tuesday. I got tingling in my fingers and by the evening I could feel it in my feet. On Wednesday I couldn't really hold my toothbrush properly or eat properly.

"I tried to shrug it off and went to bed. On Thursday morning, I went into the garden to look for the cat and my right leg gave way. I hit the floor and when I tried to push myself up, my arms or legs wouldn't move.

"Luckily I could shout for my husband and he came out, but he couldn't pick me up because I was a dead weight so he he got our neighbour to help carry me into the house and phoned an ambulance.

"The hospital thought I'd had a stroke. After doing a CT scan on my head and chest X-rays, they realised it wasn't a stroke. They then thought it could be MS (Multiple Sclerosis).

"By Friday I was paralysed from the neck down and they were still doing tests and trying to work out what it was. On Saturday, after a full MRI and lumbar puncture, they had identified it was Guillain-Barré syndrome and they started me on IVIG treatment on Monday - three bottles every day for five days.

"I was in hospital for two weeks - but felt quite scared when it was time to go home as I had only just started walking again the day before I was discharged.

"Being sent home with no support apart from my husband was scary. It was around six weeks or so before I saw a physio or an Occupational Therapist. In the meantime he fed me all the right foods, he helped me move around the house, took me outside to get air - I've been so lucky to have his help.

"Also, if it weren't for my neighbour who had a spacious bathroom that could fit my Zimmer frame, I would have had to go into a rehab centre as my frame wouldn't fit into my bathroom, so I'm grateful to him too.

"We gradually built up my strength and when I finally saw an OT and a physio they were brilliant but it took a long time for them to come - my husband and I really handled my recovery together.

"We're on the home stretch I think now. I still have residuals (when I'm stressed, tired or anxious I get quite bad pain at night, I get fizzy hands and feet, my speech gets a bit slurred or I forget what I'm saying, my memory is worse than it was - but it wasn't great before!) but I I haven't had any relapses, which I think are rare."

"I feel very lucky that the hospital was able to diagnose me so quickly. I found out afterwards that my other neighbour's brother had passed away from the disease as it went undiagnosed for too long, so I imagine they take the disease a lot more seriously now."

The NHS says Guillain-Barré (pronounced ghee-yan bar-ray) syndrome is a 'very rare and serious condition that affects the nerves'.

It can affect people all of ages, but it's most common in adults and males and symptoms often start in the feet and hands before spreading to the arms and legs, causing numbness, weakness and pain.

At first you may have:

Guillain-Barré syndrome is thought to be caused by a problem with the immune system, the body's natural defence against illness and infection.

Instead of attacking germs that enter the body, something goes wrong and your immune system mistakenly attacks and damages the nerves.

So far, it is unclear why this happens but people often experience Guillain-Barré after a chest infection, such as flu, or an infection of the digestive system, such as food poisoning or a stomach bug (gastroenteritis).

The syndrome can be treated and most people will recover, however, recovery can be a long process - sometimes up to a year - and occasionally it can be life-threatening, leaving people with long-term problems.

Symptoms have also been known to get worse over the days and weeks after it comes on. Some people have difficulty moving, breathing and sometimes even swallowing.

The symptoms can also, initially, seem to be very much like those of a stroke. The NHS says that if a person seems to be having difficulty breathing, swallowing and speaking and they cannot move their limbs or their face, they will need to immediately go to A&E.

They say you should see your GP if you're experiencing the early signs of numbness or weakness.

Most people with Guillain-Barré syndrome are treated in hospital.

The main treatments are:

Hospital treatment can take anywhere from a few weeks to a few months and most people will recover from most symptoms from between six to 12 months, but one in five are left with long-term problems such as:

There are several therapies that can deal with the different symptoms of Guillain-Barré, including physio and occupational therapies.

Overall, around 1 in 20 people will die from Guillain-Barré syndrome.

If you'd like to help, GAIN charity helps people understand and manage the syndrome, raises awareness and promotes research: