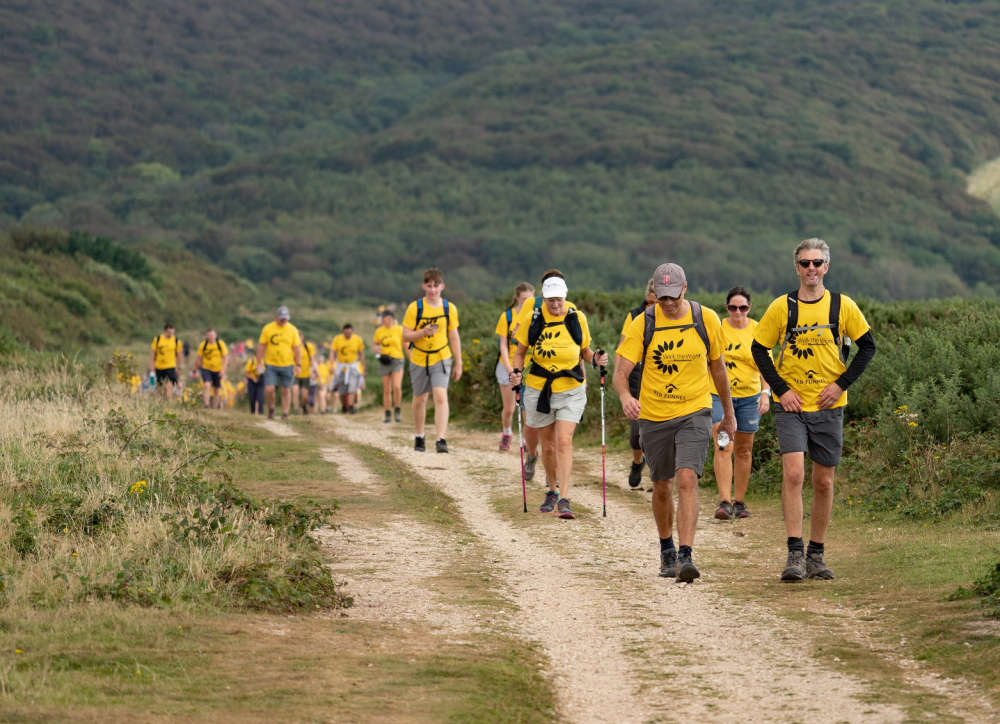 Mountbatten has announced a date for Walk the Wight 2022.

It’s hoped the event will take place on Sunday May 8 — and will return to its regular size.

Three-thousand people came together to take part in Sunday’s walk, trekking across the Island to raise money for Mountbatten. While numbers were lower than usual, given the current circumstances, it was considered a success.

“Three-thousand people taking part in a charity walk, at a time which still feels so strange, was amazing.

“It proved to be such a task to make the walk happen and we knew this year would be different.

“The fundraising picture is still very uncertain, and, in many ways, it feels like we are starting again after the pandemic.

“I am delighted we pulled it off and now we hope to return to normal for next year. It was so good to see people come together again, we have really missed it, and we owe a huge thank you to everyone involved.

“We are absolutely determined to keep going and we hope this is another step in the right direction for us.”

As ever, walkers started at Bembridge at 6am, with many going the full distance to Alum Bay. Some set off from Carisbrooke for the second half and others took on the eight-mile Flat Walk. Many more families and children also walked the final four miles of the main route in the Schools Walk.

The amount raised in donations will be revealed later in the year.