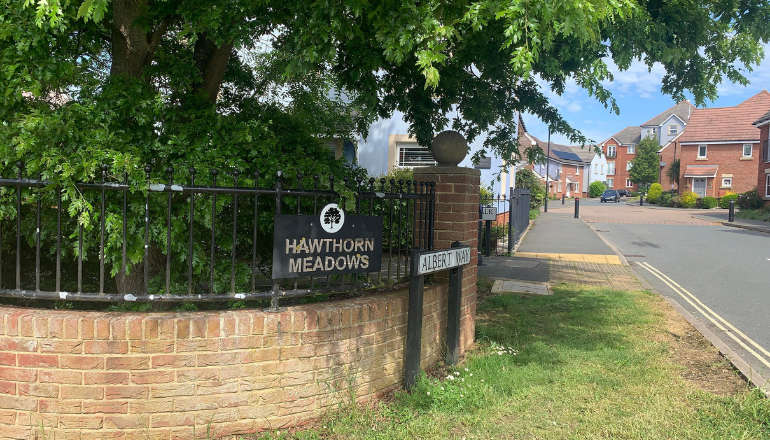 Parking restrictions around a busy East Cowes estate have been branded ‘completely over the top’ by local councillors.

The Isle of Wight Council wants to introduce double yellow lines across 53 areas of the Hawthorn Meadows estate and along Saunders Way.

It says the traffic regulation order is being proposed to deal with highway safety issues caused by parking that compromises safety of pedestrians.

It was also hindering the ability of emergency service vehicles to pass through the estate.

The matter was discussed at East Cowes Town Council last night (Thursday), ahead of the final submission for public comments and following concerns from residents.

Town councillors recognised there had been some ‘silly’ parking on corners and junctions which needed to be dealt with but the planned restrictions were ‘completely over the top’.

Cllr Karl Love said one solution would be to impose a blanket 20mph restriction on residential roads to stop dangerous speeding.

There were concerns that opposing all the restrictions would see them disappear and not be brought back for a number of years.

Cllr Stephen Hendry used a map to highlight certain junctions and corners within the estate where ECTC agreed with the double yellow lines.

A spokesperson confirmed the authority had no plans to deal with cars displaced by the restrictions.

Around the estate, parking spaces are provided for homes but with many households having more cars than private spaces, on-street parking is usually the only alternative.

Changes are being proposed to:

The public consultation has now ended.