Coronavirus: Shielding On The Isle of Wight Increased By 34% In First Month 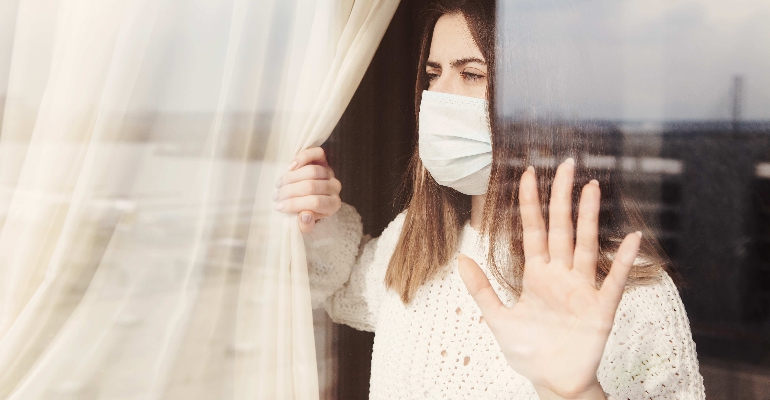 Decisions that delayed people being added to the shielding list at the start of the Covid pandemic have been criticised by a government committee.

A ‘postcode lottery’ approach meant inconsistencies across the country, with the number of people on the Isle of Wight who had been advised to shield rising by 34 per cent from April 2020 to May 2020.

A report published by the government’s Public Accounts Committee (PAC), which examines the value for money of government projects, programmes and service delivery, said the ‘quickly drawn up’ scheme ‘suffered’ from problems of ‘poor data and a lack of joined-up systems’.

Through the way they were handled, the committee suggested ‘a postcode lottery’ was introduced which saw shielding lists grow from one month to the next, by anywhere from 15 to 352 per cent.

On the Isle of Wight, between the first list in April 2020 to the second, a month later in May, the number of people who had been advised to shield increased by 34 per cent – going from 3,767 to 5,055 — a further 1,288 people told to stay at home and protect themselves.

Over the year, more groups were added to the ‘high risk’ category as more evidence emerged about which people would be more likely to be seriously unwell as a consequence of a Covid-19 infection.

After drawing up the lists of the extremely clinically vulnerable through a central system, local health bodies then added people to the list eligible for government support, but not in a consistent way.

The Department for Health and Social Care and NHS Digital told the committee they believed they did everything possible to ensure consistency and worked to challenge some of the differences.

The committee determined, that despite best intentions, ‘it is not credible’ to say the same criteria and judgements were applied consistently across the country when the variation in numbers added was so vast.

Overall, PAC said it ‘took too long’ to identify people as it meant some missed out on food and medicinal support as they were not officially on the list.

MP Meg Hillier, chair of PAC, said the shielding response exposed the high human cost of the lack of planning for shielding in pandemic planning scenarios with the need to be a “clear plan ahead for those with serious health conditions so they can access the support they need when they have no other support network.”

Another issue highlighted by the report is up to 800,000 people nationally may have ‘slipped through the net’, missing out on support because letters and a contact centre could not reach them.

PAC also criticised the lateness of trying to reach individuals through their local authority, taking a month to pass on the details.

The Ministry for Housing, Communities and Local Government, still does not know how many of those people have been reached.