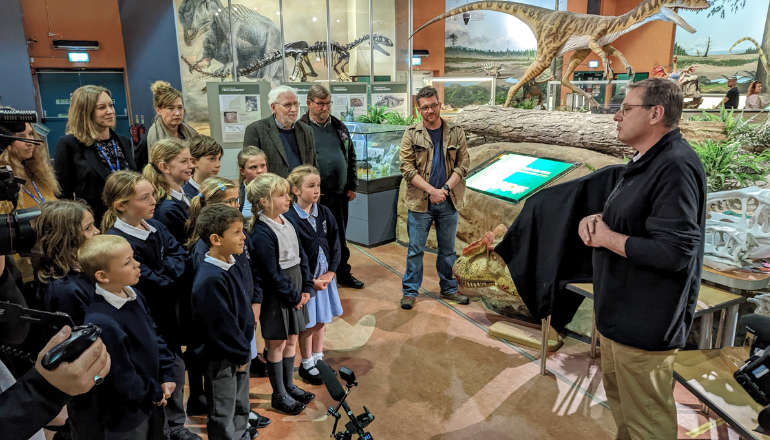 Millions of viewers of the BBC's One Show watched Professor Ben Garrod visit the Dinosaur Isle Museum in Sandown with a group of children from Brighstone Primary School.

Professor Garrod joined the youngsters in the museum as the latest addition to the display of dinosaurs was unveiled — a life-size replica of the head of Brighstoneus simmondsi.

The dinosaur is named after the village of Brighstone where it was discovered, and in honour of local fossil-hunter Keith Simmonds.

The dinosaur was a plant-eating herd animal up to eight metres long, which lived 125 million years ago.

The fossil is one of several dinosaur species that are unique to the Isle of Wight. 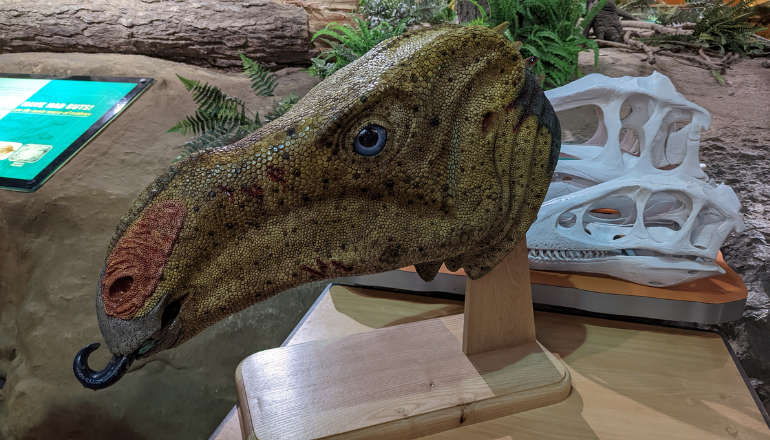 The new dinosaur head, plus many of the actual fossil bones, can now be seen on display in the museum on Culver Parade.

Island-based paleoartist Andrew Cocks was interviewed for the BBC TV show The One Show by Professor Garrod after he revealed the impressive dinosaur head.

Andrew explained how he did it:

"I digitally 3D-scanned the remaining parts of the skull, printed these out and then began creating a replica skull.

"I had help from Keith Simmonds, who found the specimen back in 1978, and Dr Jeremy Lockwood, who identified the dinosaur.

"The job took me over three months — I'd say there's roughly a quarter of a million scales on that head — and every scale is placed by hand." 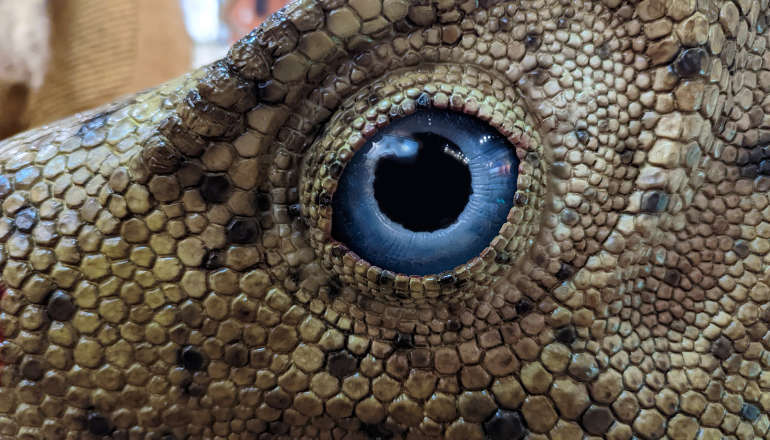 Collector Keith Simmonds was also at the museum to see his discovery brought to life — and to accompany his granddaughter Ila who was one of the pupils visiting from Brighstone School.

"Andrew's good at what he does and it's quite something to see this after all these years."

“The Dinosaur Isle collection contains many specimens collected from accurately recorded areas, which makes it of greater use for scientific study than older collections with little information associated with the bones.

"Because of this the Island and our collection has become one of the best places in Europe for dinosaur finds and research."