Tom Cruise Reveals That Taking On Top Gun: Maverick Was A 'Daunting Task' 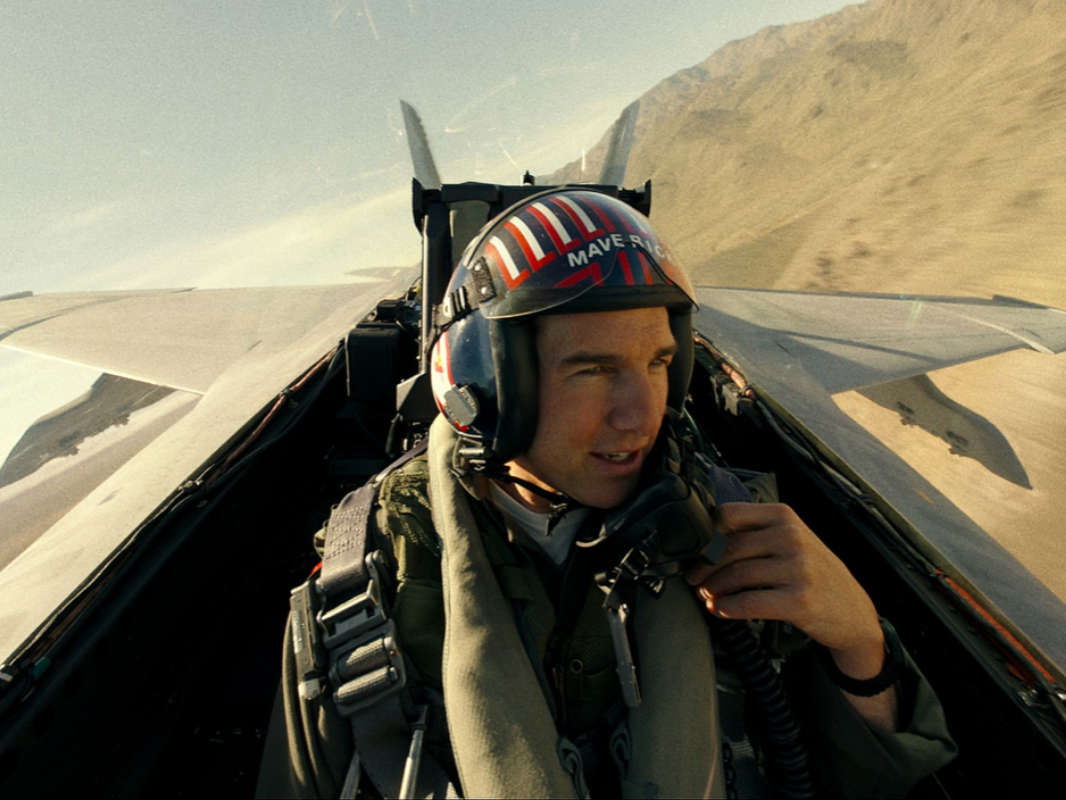 Top Gun was the film that rocketed Tom Cruise to superstardom back in 1986.

Now the sequel, perhaps the most highly anticipated movie in decades, is due to arrive in cinemas here next week.

But the actor admits it wasn't the easiest follow-up to make.

"Taking on the sequel to Top Gun was a daunting task," Cruise said. "Fans all over the world - more than any other film for decades have been saying please do another one, and I was like - I don't know how to do that.

"And I would go home and think about how to approach it, so to hear about how audiences feel about it I'm telling you I just feel, I'm so excited for them, I'm so happy about it, I'm relieved for them you know." 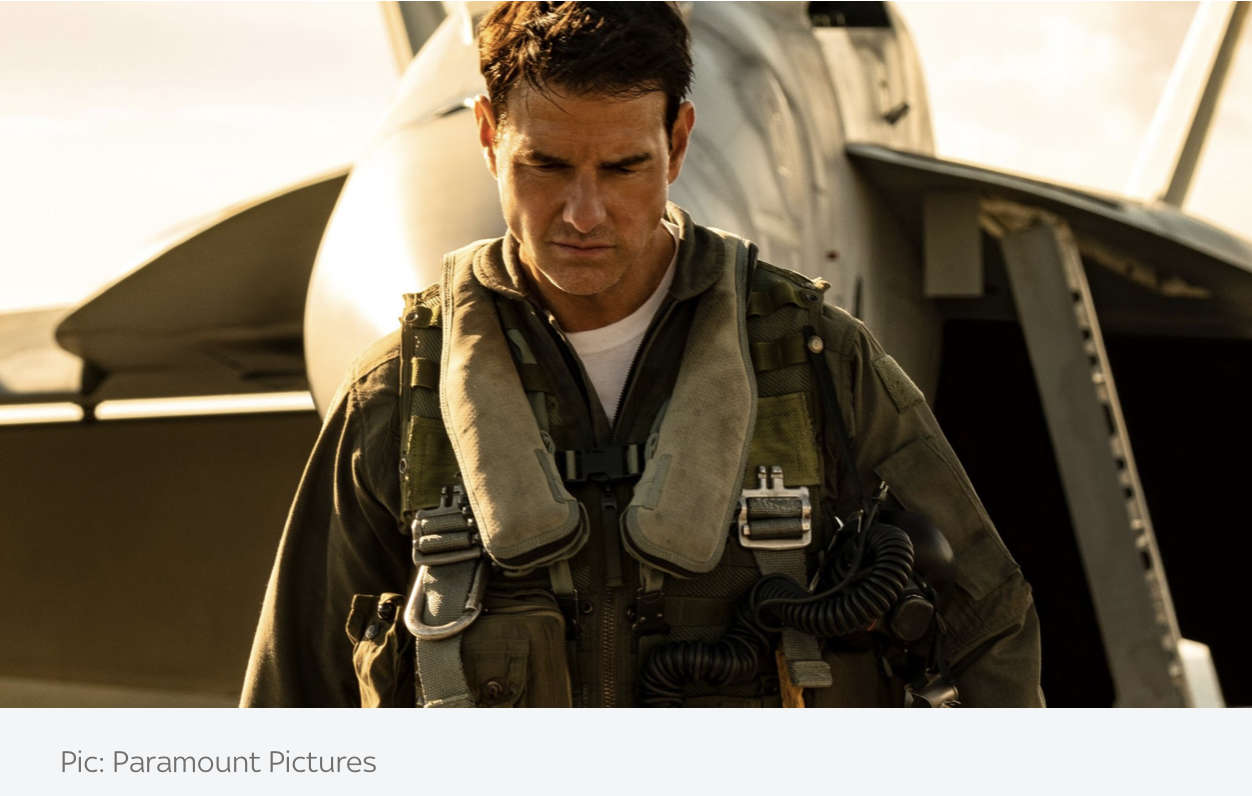 Top Gun: Maverick arrives 36 years after its predecessor, but Cruise says there's a strong through-line between them.

In Sky's exclusive interview for Tom Cruise: Movie Maverick on Sky Showcase and Sky Max this Saturday at 8pm, the actor revealed:

"The foundation of the story that we have in this film originated back in 1986," he said. "So the dynamic of that relationship we talked about back then was there originally."

But while it seems fans of the original are bound to get on board with the new movie, it remains to be seen whether it can appeal to a whole new generation.

Jennifer Connelly, who plays Maverick's love interest Penny, told Sky News it's been carefully crafted to appeal to both sections of the audience. 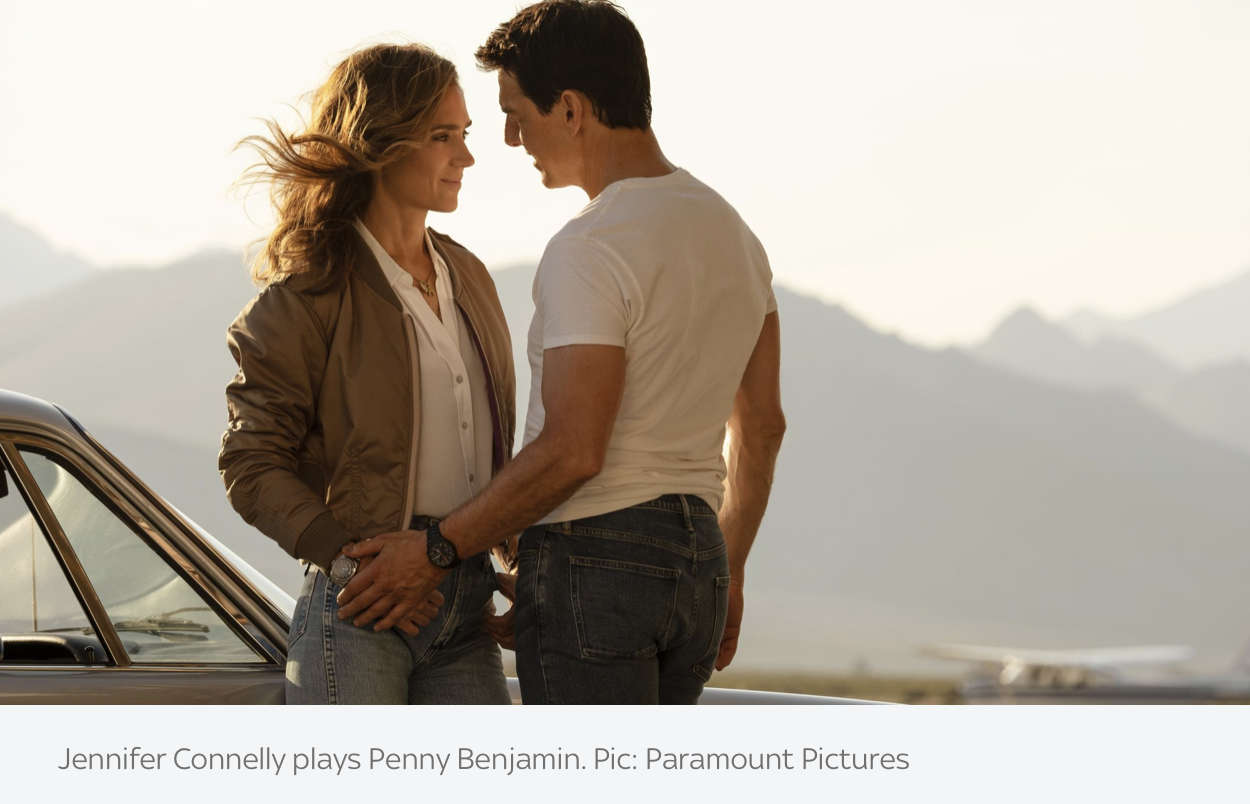 "I think it's a great balance of being an homage to the original that's fun and nostalgic but also something new," she said.

"It's surprisingly emotional, people that I talked to who see it say, 'I was crying and I didn't expect that'.

"I think it's moving and also the flying what they're able to do is completely on another level."

Indeed, by waiting so long to make a sequel there was time for technology to catch up, with cameras now smaller and more powerful director Joseph Kosinski could put six into the cockpits with the actors while they were in the air and film at a standard that means the movie can be shown in IMAX cinemas.

But while harnessing the benefits of new technology, the film is also full of links to the original, which was not only a box office smash but had a cultural impact too, boosting sales of sunglasses and motorcycles, and even reportedly causing an uptick in interest for the US Navy's aviation programme.

Not many films get to indulge in talk of their own legacy - but as this brings Cruise full circle - this movie has come to mean a lot, to a lot of people.

Jon Hamm, who's joined the cast as Maverick's new boss at Top Gun - Vice Admiral Beau "Cyclone" Simpson - says that might be because it's relatable. 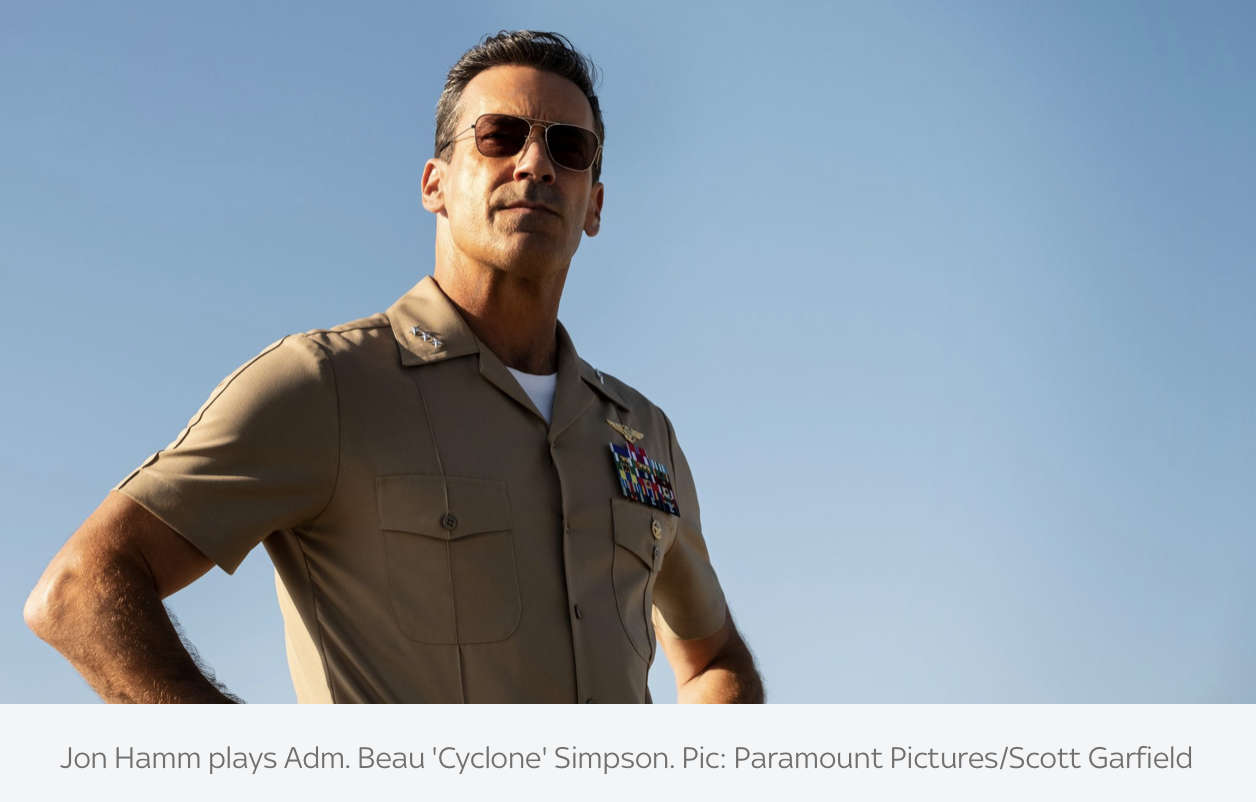 "We've all gotten older and we make different decisions than we maybe would have in our twenties and words like responsibility and duty and friendship and loyalty and all of those things mean something different," he told Sky News.

"I think that's why people are responding so emotionally to film - I think they really are kind of growing up with it - it's an amazing thing to see."

Top Gun: Maverick is out in cinemas on 25 May.