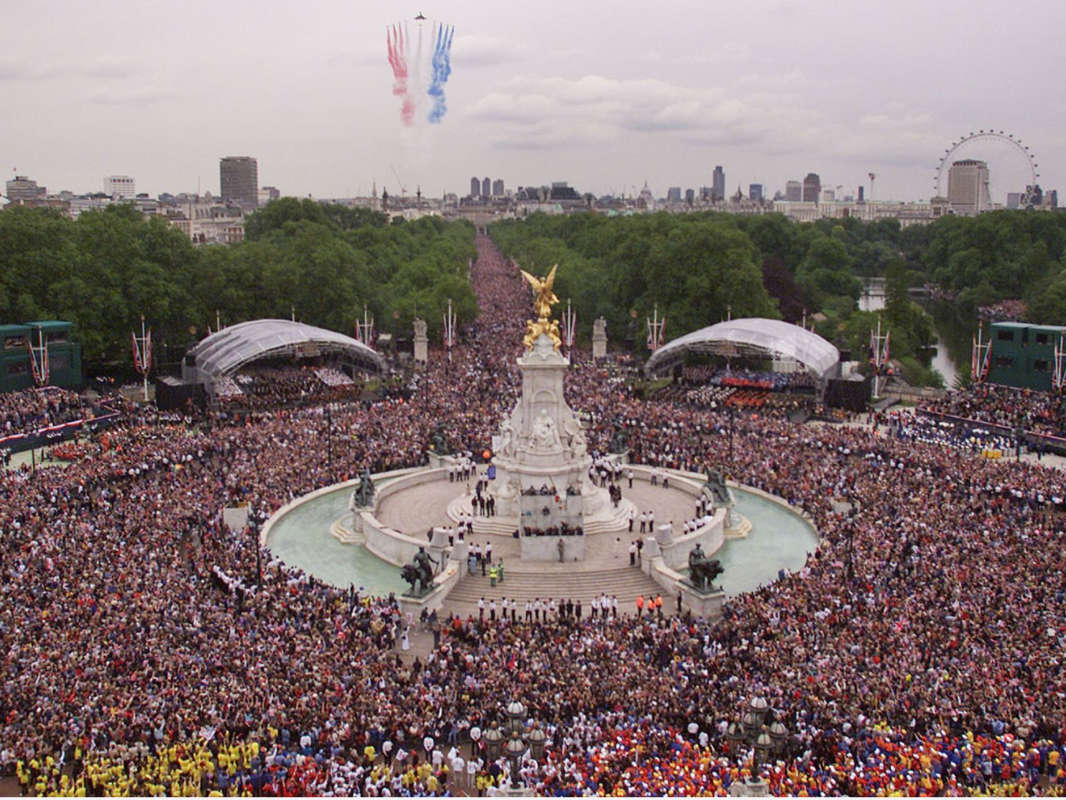 Huge crowds gather for the Party at the Palace in 2002

The Platinum Party at the Palace will last around two-and-a-half hours, celebrating Queen Elizabeth's 70th anniversary of taking the throne.

It comes 20 years after Brian May performed God Save the Queen from the roof of Buckingham Palace at Her Majesty's Golden Jubilee.

"Then there was a moment when I wondered... after Buckingham Palace roof where can you go? Well… you will see!"

A crowd of 22,000 is expected to attend the Platinum Party at the Palace, with 10,000 tickets allocated to the general public and 7,500 to key workers, members of the armed forces, volunteers and charity workers.

The full concert will be broadcast by the BBC on television and online. 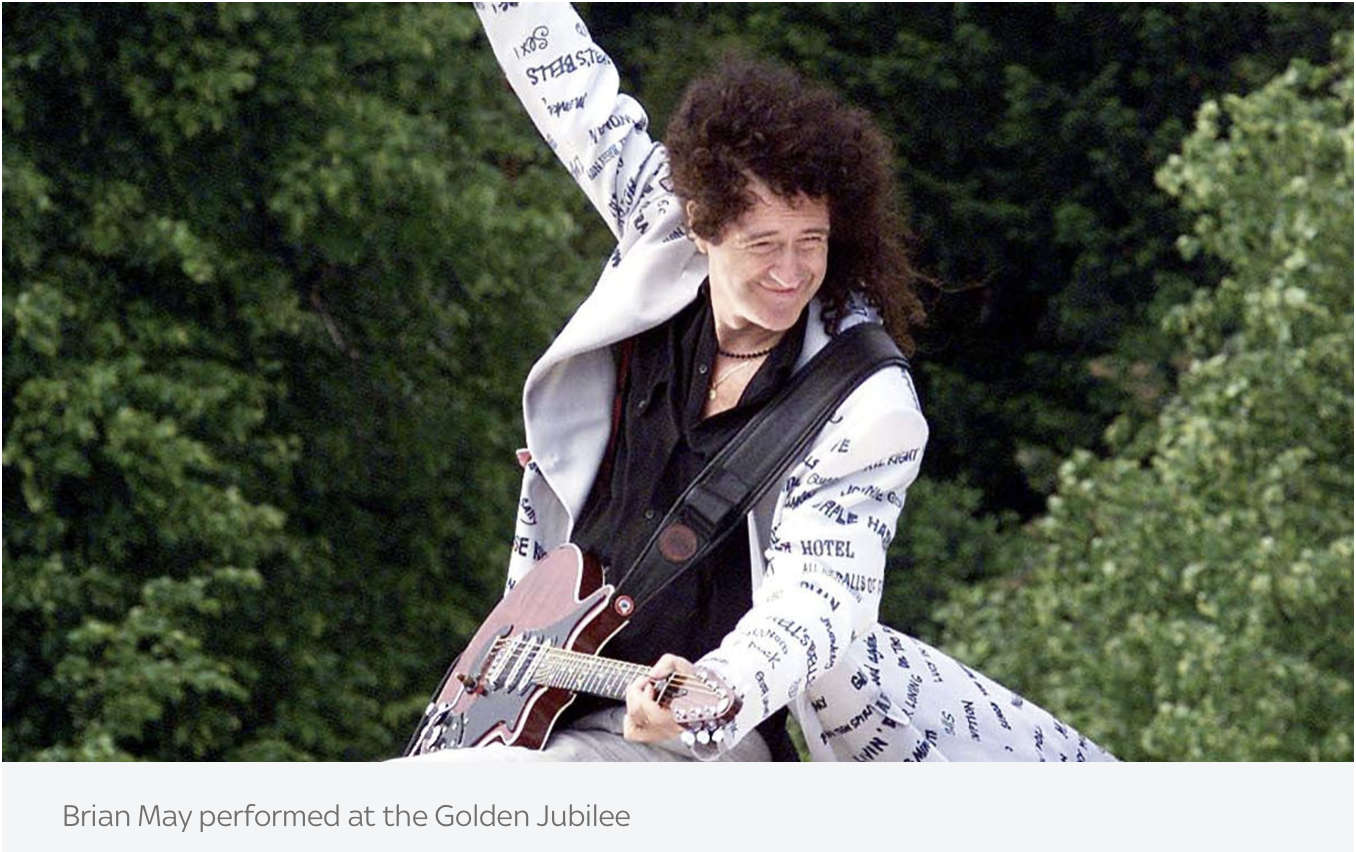 Queen and Adam Lambert will be opening the three-stage mini-festival.

Sam Ryder, the UK's most successful Eurovision entry in decades, will also play to the crowds.

Sir Elton John will provide a pre-recorded act, dance troupe Diversity will perform and the evening will be rounded off by Diana Ross in her first live UK concert in 15 years.

"Her Majesty has and continues to be such an incredible inspiration to so many across the world and I was absolutely delighted to receive an invitation to perform on such a momentous and historic occasion."

Global themes which emerged or evolved during the Queen's reign will also be highlighted through a set of performances curated by Andrew Lloyd Webber.

These will explore British and Commonwealth contributions in the fields of fashion, sport, the environment, pop music and musicals.

They will include a special appearance by Hamilton creator Lin-Manuel Miranda plus performances featuring the casts of The Phantom of the Opera, Hamilton, Six, The Lion King and Joseph and the Amazing Technicolour Dreamcoat.