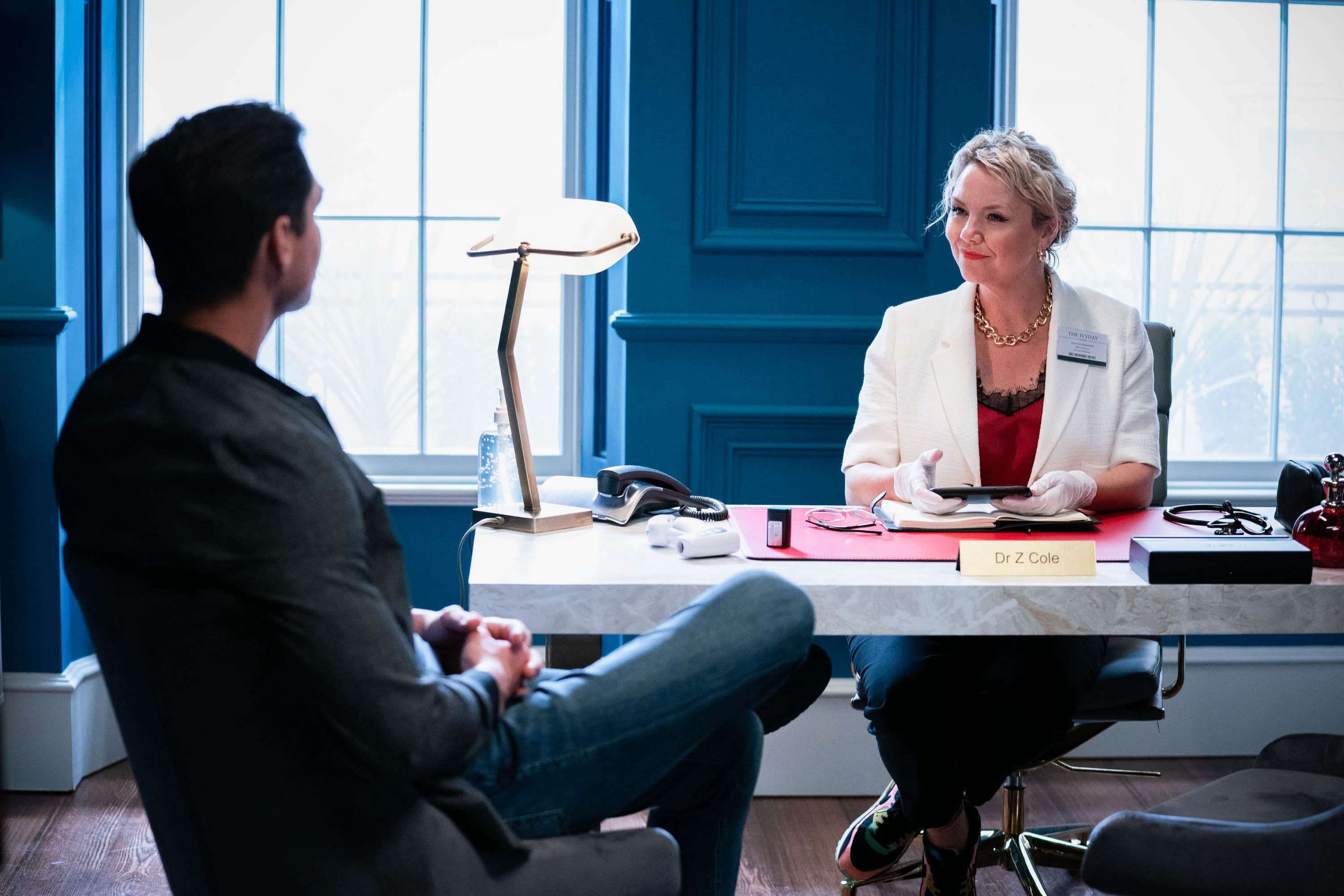 Janine quickly got back up to her old tricks in the Square.

Charlie Brooks has made her long-awaited return to EastEnders as Janine Butcher.

Janine, one of the long-running soap’s best-known villains, has returned to Walford for the first time since 2014.

It quickly became clear the character has not changed her ways while away from Albert Square.

During Monday’s episode, she posed as a doctor, tricking the unsuspecting Zack Hudson (James Farrar).

She introduced herself as Judith Bernstein, telling Zack “here I am”.

“Meter’s running,” Janine added. “Give me your worst.”

Janine last appeared in the soap in March 2014, when she left for Paris to pick up daughter Scarlett, who is also making a comeback.

Brooks’ character was involved in a number of high-profile storylines, perhaps most famously the death of her on-screen husband, Barry Evans.

She pushed Barry down a cliff in Scotland in a 2004 episode.

Producers have promised “lots of drama” for the character.

Brooks first left EastEnders in 2004, before returning four years later. Her most recent spell ended in 2014.

The actress was crowned queen of the jungle on I’m A Celebrity … Get Me Out Of Here! in 2012.